While technology has turbocharged performance in virtually every industry, construction’s productivity has grown a sorry 1% in the past 20-years.

Labour, which represents 50% of costs, is a particular drag.

The World has Changed

Let’s start by observing, the World has changed… The idea that having a good job means being an employee of a particular company is a legacy of a period that stretched from about 1880 to 1980. The huge companies created by the Industrial Revolution brought armies of workers together, often under a single roof. In its early stages, this was a step down for many independent artisans who could no longer compete with machine-made goods; it was a step up for day-labourers who had survived by selling their labour to gangmasters.

Nowadays, ‘On-Demand’ companies: Uber, Airtasker and Hipages – to name a few – provide genuinely competitive hourly rates, on the terms of the ‘employee’. Many huge industries like Media, Legal and Finance utilise freelancers who operate with relative autonomy. 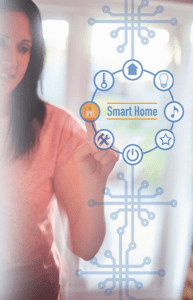 An article considerably ahead of its time, by The Economist in December of 2014 and still incredibly relevant today extols:

“In San Francisco—young professionals can use the apps on their phones to get their apartments cleaned by Handy or Homejoy; their groceries bought and delivered by Instacart; their clothes washed by Washio and their flowers delivered by BloomThat. Fancy Hands will provide them with personal assistants who can book trips or negotiate with the cable company. TaskRabbit will send somebody out to pick up a last-minute gift, and Shyp will gift-wrap and deliver it. SpoonRocket will deliver a restaurant-quality meal to the door within ten minutes.”

Everything in this last paragraph was 3-years ago…

Perhaps the most striking of all the on-demand services is Amazon’s Mechanical Turk, which allows customers to post any “human intelligence task”, from flagging objectionable content on websites to composing text messages; workers on the site choose what to do according to function and price.

It’s pleasing to see developments are happening in our construction sector. Observed in a recent Inc Magazine article Tech Startup Rhumbix has created an app which focuses on increasing “Time on tools” (the industry’s uptime metric) which can be as little as 3.5 hours out of 10. This contributes to a vast majority of billion-dollar projects coming in 40% behind schedule and 30% over budget, according to McKinsey & Co.

So, Rhumbix offers a solution: software for hard hats. The San Francisco-based company is among the newest and most ambitious startups to attack the $12 trillion global construction market. Its app records what happens in the world of hammers and cranes and compares that data against project plans and schedules in real time. It then feeds its performance analysis to a project’s supervisors, who use it to improve productivity by, for example, moving a shop saw closer to a work site, making sure a backhoe is in place and ready to go, or allocating a second welder to a task.

The Dragon Group applaud this type of thinking, though it still doesn’t entirely bridge the gap between the Human labour force and Digital Technologies.

The end game is and will always be Supply and Demand. In this case, the supply of Tradespeople and the Demand of the Construction sector. How can this be automated without for businesses to get whom they need on demand, ready to go and the right fit? 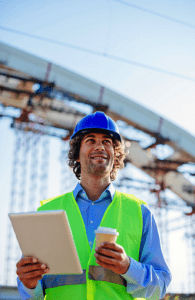 Mixing Humans and Technology in Construction

No Foreman wants a dodgy tradesperson on site who doesn’t turn up, isn’t qualified or heaven forbids – steals tools.

Equally, ethical and skilled tradespeople want to ensure the job is as per the spec, safety precautions are in place, and their pay is reliable and on-time.

One such business ‘Handy’ provides customers with a guarantee that workers are competent and honest; Oisin Hanrahan, the company’s founder, says that more than 400,000 people have applied to join the platform, but only 3% of applicants get through its selection and vetting process. The workers, for their part, can hope for a steady flow of jobs and prompt payment with minimal fuss. Handy’s computer system also tries to schedule each worker’s employment in such a way as to minimise travel time.

But US-based Handy are not necessarily looking at huge success.

On-demand companies trying to keep the costs to their clients as small as possible have difficulties training, managing and motivating workers.

And landing big customers in the construction industry, which is known for being particularly resistant to the adoption of new technologies, could be a challenge.

I don’t believe that the future of Labour Hire Businesses rests solely on a Digital or a Human capacity, but both are inexplicably intertwined.

At Dragon, we will always have our core team of recruiters who genuinely understand the industry.

We also have our loyal tradespeople, many who have worked with us for more than four years.

We believe just automating the process digitally, saves time and money for our clients and provides more opportunity for our labour team.

Air Bnb success is one of the most lauded case-studies of recent years. What many don’t realise is they flounder in mediocrity for several years before becoming the World’s largest accommodation provider. How? Simply, it’s rating system. This transparency instantly dissolves the said challenges around trust for both the Vendor and the Would-be Renter.

The same philosophy can and should will be provided to construction-based human-tech.

The Dragon Group believes helping the Construction industry continue to grow and improve, relies on support from both sides. Ratings for companies and workers alike – that goes deep into the skill set of the worker and the reliability of the employer.

It’s working for Air BnB, Uber and Google – and it will for construction too.

Global funding for construction tech startups skyrocketed to $254 million in 2015, from $51 million in 2010, according to CB Insights, but analysts say tech companies are just getting started. 500% in 5-years is excellent progress, we say.

Here’s a salute from Dragon, to the changing face of Construction.